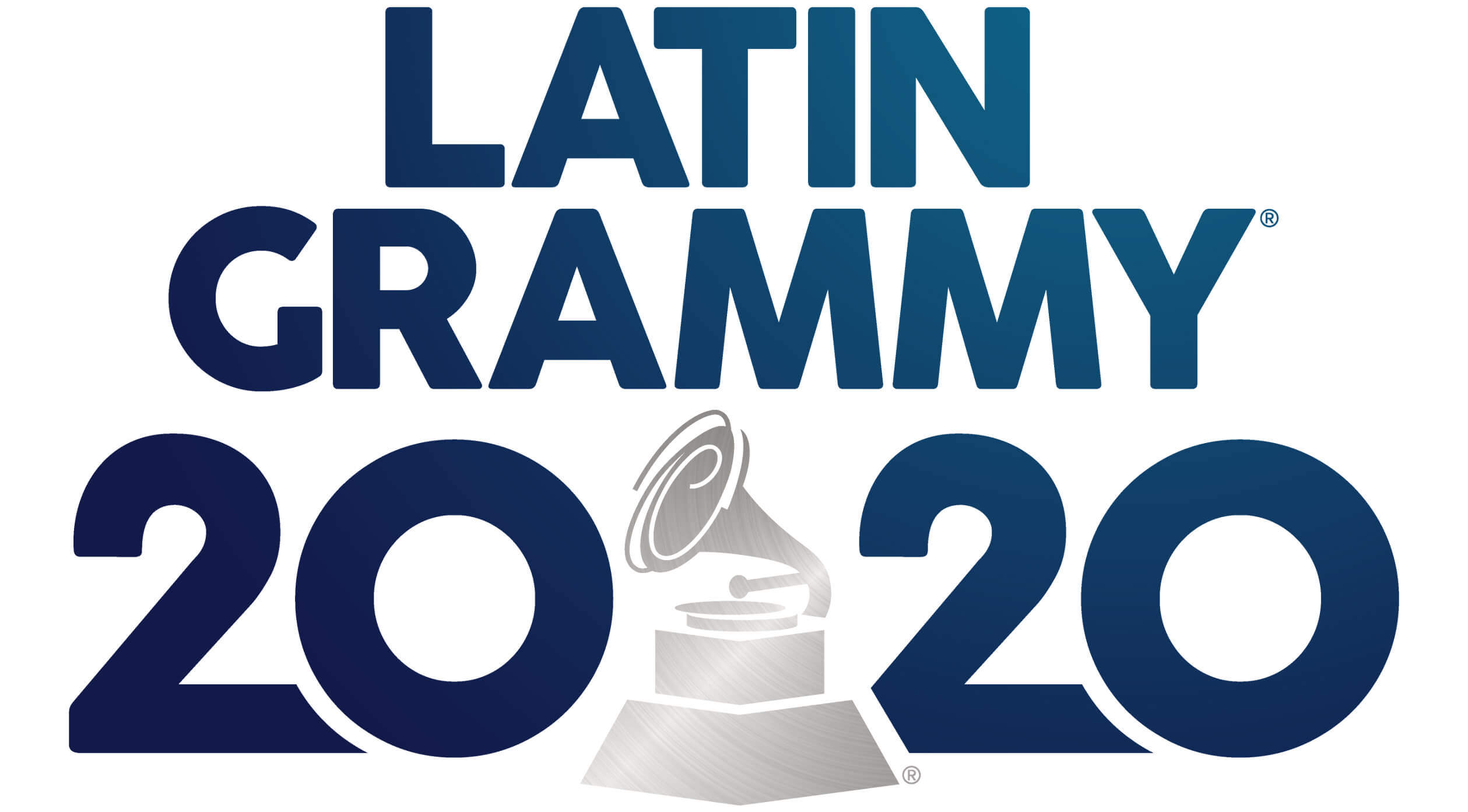 The Academy was founded in 1997, but the Latin Grammy Awards concept began in 1989 after it became clear that the world of Latin music had expanded so much that it no longer fit inside the Grammy Awards. The nomination and voting process is similar to that of the original Grammy Awards, where peers within the Latin Music industry choose the winners.

In addition there are the following genre-specific categories:

‍Pop; Rock; Urban; Alternative; Tropical; Singer-Songwriter; Regional Mexican; Instrumental; Traditional; Jazz; Christian; Portuguese Language; Children’s; Classical; Arrangement; Recording Package; Production and Music video.
The controversial side of the Latin Grammys
The Latin Grammy Awards were established to give Latin artists the recognition they had long worked hard for and deserved. However, the Latin Recording Academy has received its fair share of criticism from recording artists and music journalists as the musical landscape has evolved.

The astronomical rise of urban artists and their struggle for recognition

‍Spanish-language urban music has been propelled into the limelight in recent years, including in markets where Spanish is not commonly spoken. What may have once been considered a minor category has grown significantly, representing a massive share of global Latin music sales. However, reggaeton, trap, and rap artists are currently represented in the same category, Urbano, and many artists such as Daddy Yankee, Bad Bunny, and J Balvin have called for these genres to have separate categories. Last year Balvin shared a protest on Instagram with his 45 million followers saying: Sin reggaeton no hay Latin Grammy.
‍
Maluma is another artist who has spoken up in defense of his genre. He and many other urban artists feel betrayed by the Academy, claiming that they are invited to perform at the Latin Grammys to boost ratings, but due to the genre of their music, they are rarely considered for nominations and stand little chance of winning, especially in the main categories. 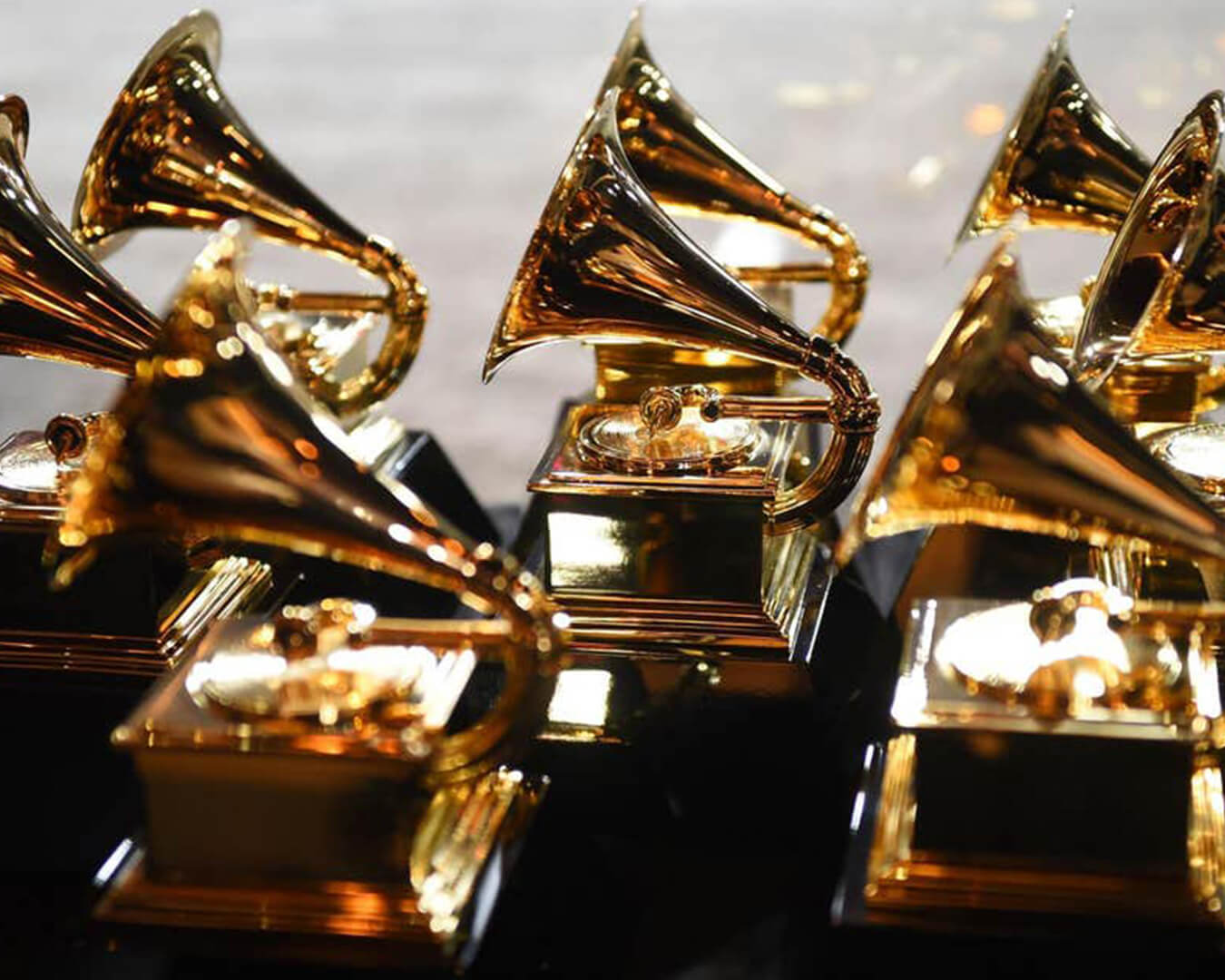 ‍Many other regional and heritage languages are spoken throughout the Latin world, and these languages have their own musical traditions. Many artists who consider themselves to be Latin in terms of their identity (e.g. musicians from Haiti) have found that their work does not meet the Academy’s eligibility criteria. Current rules state that 51% of a recording must be recorded in Spanish or Portuguese to be eligible for nomination.

The inclusion of Spanish artists in the Latin Grammy Awards

‍A long-standing debate was reignited last year when Rosalía won Album of the Year about precisely who the Latin Grammy Awards are meant to represent. Some Latin Americans have voiced their disapproval of recording artists from Spain being nominated as they are not technically Latin American.
Latin Grammy Winners on Lirica!
‍ 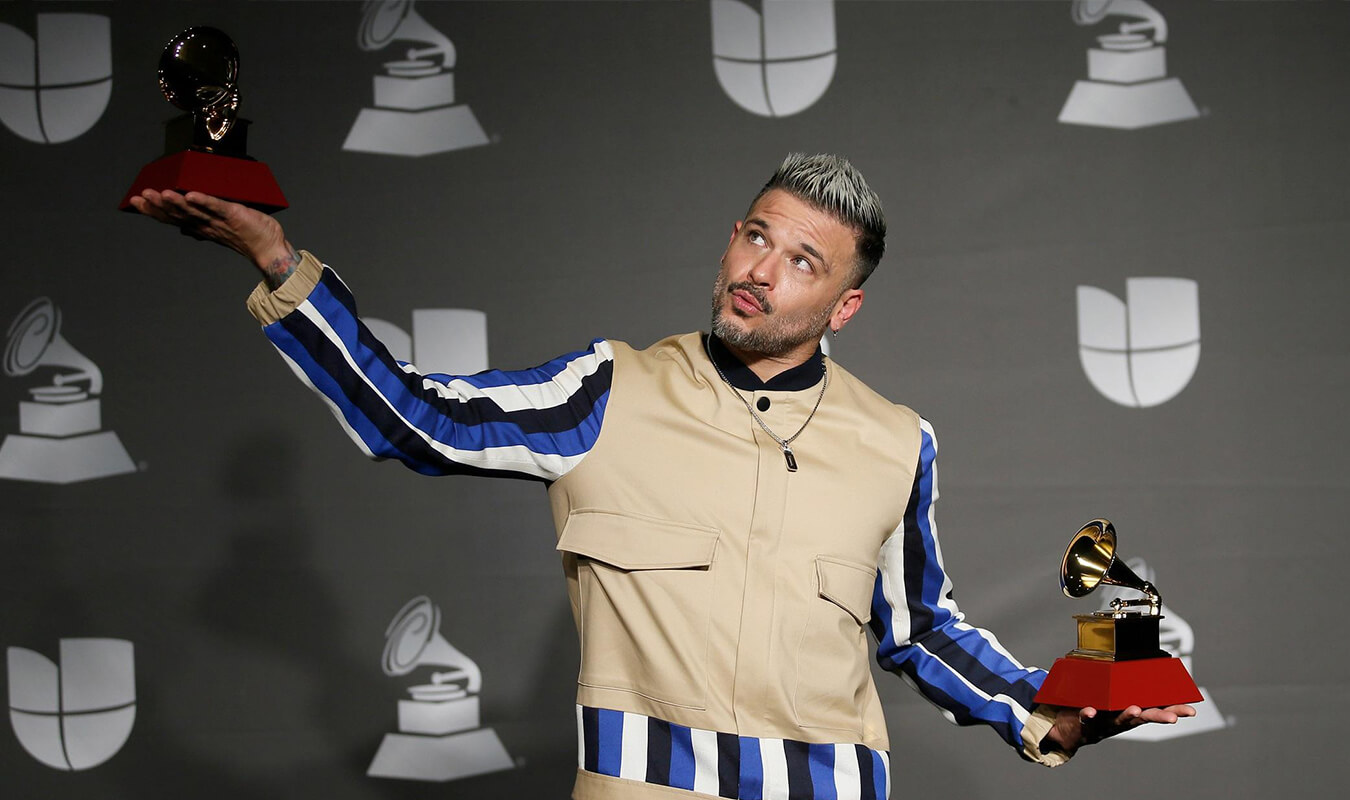 ‍What better way to restore your sense of calm than a restorative trip to the beach! Pedro’s song Calma captures the essence of summer incredibly well, so well that the song hit number one in numerous countries across Latin America. You may also like to listen to a remix version of this song, such as the one featuring Farruko that was released in October 2018, or another featuring American singer Alicia Keys, released in April 2019 ¡Vamos a la playa! Calma is a great song for learning beach vocabulary, and our Calma lesson will teach you a useful tip that can help you determine whether a Spanish noun is masculine or feminine. If you’re already feeling confident in these areas, why not skip the lesson and go straight to the challenge in Play mode? 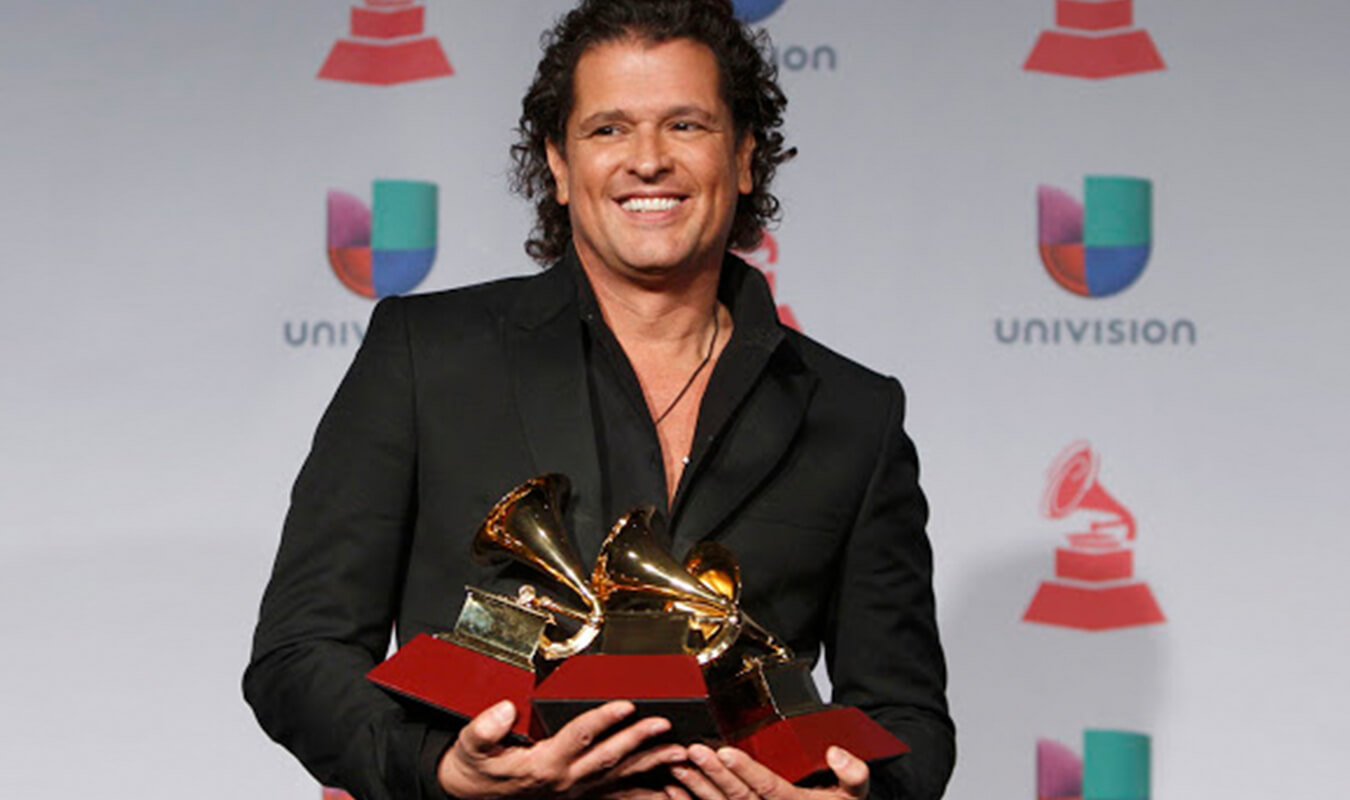 ‍If you’re interested in discovering Colombia, who better to be your guides than Shakira and Carlos Vives, two of Colombia’s biggest musical stars. Shakira has won 12 Latin Grammy Awards throughout her career, while Carlos has won 2 and received several nominations. This song received many positive reviews for its accurate representation of Colombian culture. At Lirica, we have created two lessons based on this song. The beginner lesson focuses on discussing future plans using the structure voy a + infinitive. If that sounds a little too easy, try out the intermediate lesson to learn the song’s faster parts. Whichever version you choose, you’ll learn plenty about this beautiful country! 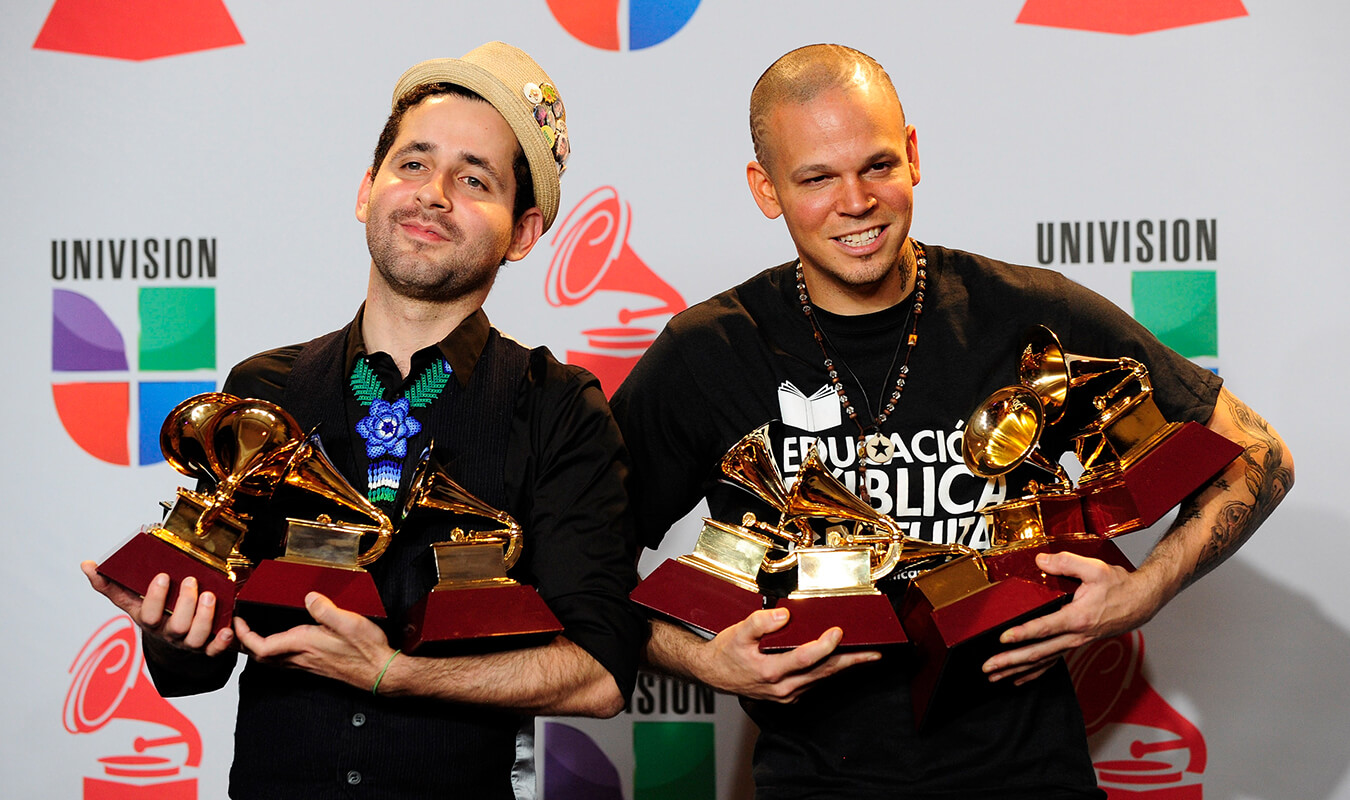 ‍Puerto Rican stepbrothers Calle 13 are currently the biggest Latin Grammy winners of all time, having clocked up 21 Awards. Their style of music is best described as alternative hip hop, and they are perhaps best known for their satirical lyrics and social commentary on Latin American issues and culture. In Latinoamérica, the brothers reflect on Western influence over Latin America and offer a portrait of Latin American people and the blood that runs through this incredible continent’s veins. As well as its cultural importance, this song can also help you practice and improve your use of the relative pronouns lo cuál and lo que. 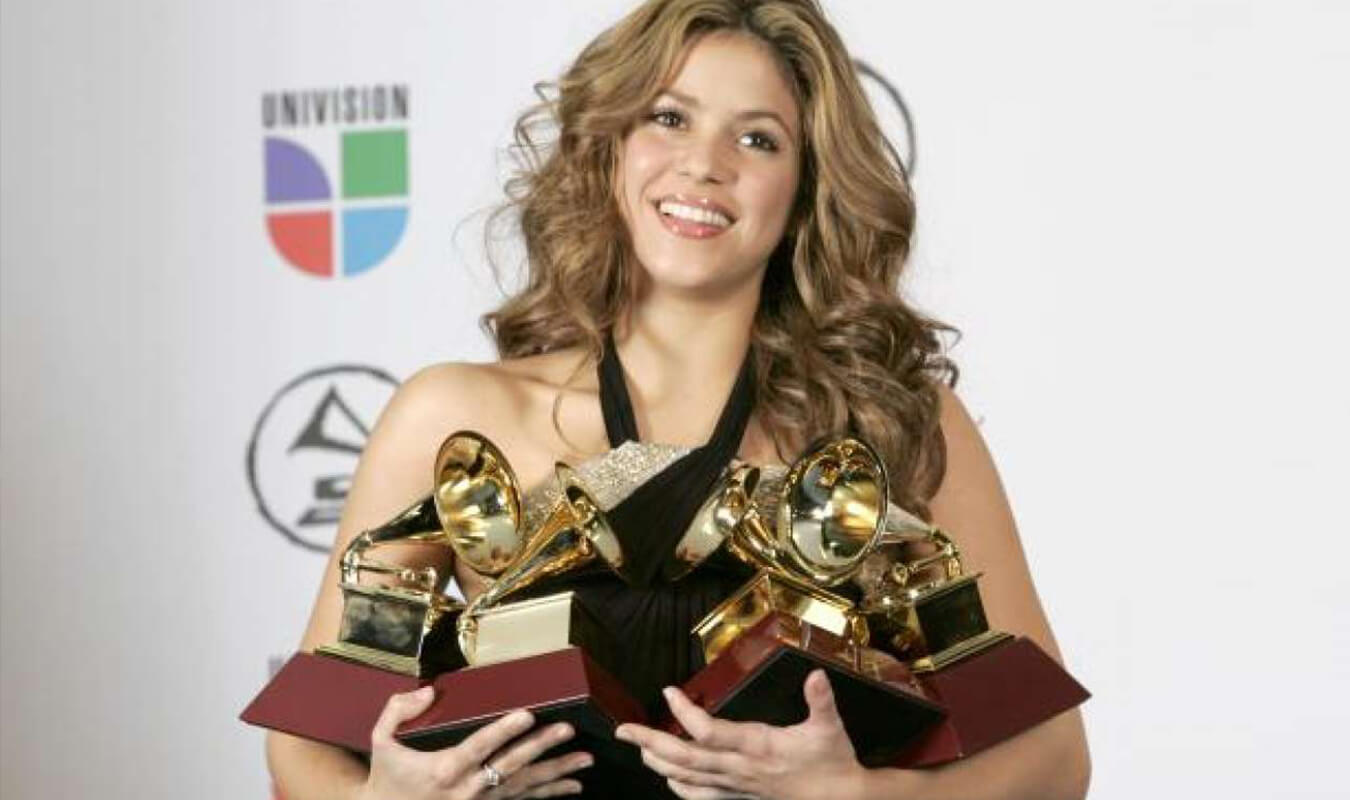 ‍As already mentioned, Shakira has won plenty of Grammy Awards, but the last time she won the much-coveted Record of the Year was for her reggaeton duet with Spanish singer Alejandro Sanz. The song tells the story of an emotionally tortured woman whose boyfriend, having cheated on her with another woman, has now returned to beg her forgiveness. The song also broke international boundaries, being the first-ever Spanish music video in history to air on MTV. In Lirica, this song is excellent for learning about demonstrative pronouns ese/esa/eso, as well as the days of the week.