VICENTE FERNÁNDEZ
Vicente Fernández, affectionately known as “El Rey”, is a Mexican national treasure, much in the same way as Frank Sinatra and Elvis Presley in the USA. He has recorded more than 50 albums and sold more than 50 million records. In 1998 he was inducted into Billboard’s Latin Music Hall of Fame and has won 3 Grammy and 8 Latin Grammy Awards.

Fernández hails from Tepatitlán de Morelos, in the Mexican state of Jalisco and spent a lot of his youth working on his father’s ranch on the outskirts of Guadalajara. Jalisco is one of the most important Mexican states because of its natural resources. The state’s motto is: “Jalisco es Mexico”, because many characteristic cultural icons have their origins here. It’s the home of ranchera music, birria (a stew) and tequila.

Ranchera music
When you think of Mexican music, you probably picture a Mariachi band. Mariachis perform a range of songs in different styles, one of the most iconic of which is ranchera music. This genre was born in the ranch lands of Mexico and epitomizes the strong patriotic sense of national identity which emerged after the Mexican Revolution (1910-1920). The end of Porfirio Díaz’s 30 year dictatorship brought about new economic opportunities for workers in Mexico’s cities, but ranchera music, with its rural origins, gave Mexicans a sense of connection to their past. By 1950, ranchera had become the most popular genre in Mexico and it’s still going strong today. 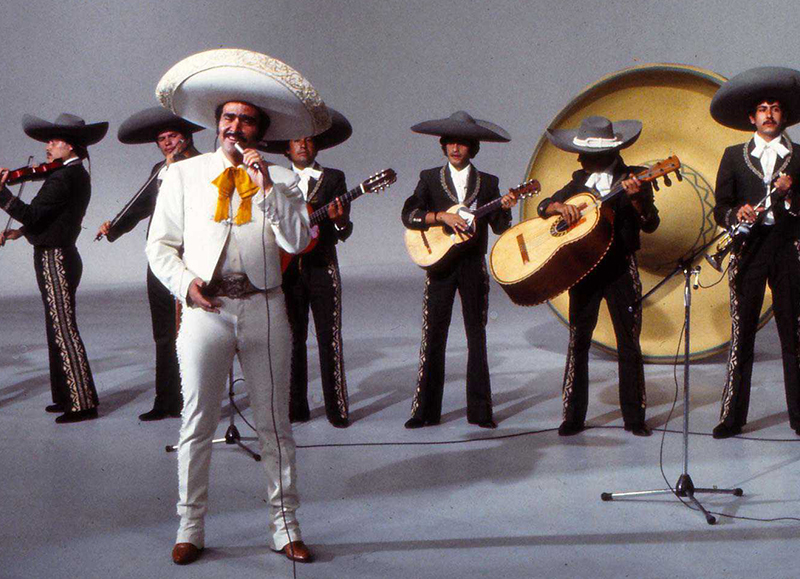 Ranchera songs are often dramatic and romantic in character, and it’s not uncommon to see audiences being moved to tears due to the emotionally charged nature of the singing which accompanies their waltz, polka and bolero inspired rhythms. Mexico also produced numerous comedy films, comedias rancheras, which presented a vision of rural life set amidst a backdrop of music and humor.
Artists bringing a Mexican flavor to Lirica
‍

Carlos Rivera
Pop sensation Carlos Rivera rose to fame after winning the Mexican TV talent show La Academia and later appeared as a judge on Spain’s famous talent show La Voz. A man of theatrical talents, he starred as Simba in the Madrid production of the Lion King (El Rey León). If you want to take a tour around his home town, Tlaxcala, from the comfort of your sofa, we recommend you check out the video for his song Regrésame mi corazón in Play mode. If you prefer a slower ballad, we recommend the lesson for Me muero.

Julieta Venegas
Julieta Venegas is from Tijuana, Baja California, although she now lives in the US. If you are more into Pop-Rock and indie music you should listen to her song Limon y sal. She is credited with breaking Latina stereotypes and leading a strong wave of Mexican female artists, with Time Magazine dubbing her “the Frida Kahlo of rock ‘n’ roll”.

Lila Downs
Lila Downs is a social activist whose music spans multiple genres. She’s a great artist to listen to if you want to explore and understand the identity and struggles of Mexican indigenous peoples. Originally from Oaxaca, she sings in many indigenous languages such as Mixtec, Zapotec, Mayan, Nahuatl and Purépecha. Her song Zapata se queda is a tribute to Emiliano Zapata, a leading figure of the Mexican Revolution.

Bronco
Bronco is a grupero band from Apodaca, Nuevo León offering a more modern take on regional Mexican music. They rose to international fame in the early 1990s and have sold over 10 million albums to date. We recommend doing the lesson on No nos vamos a olvidar to get a feel for Bronco.

Reik
Formed in 2003 in Mexicali, Baja California, Reik is a Latin pop trio who have transitioned to a more urban influenced sound in recent years. Recent collaborations with reggaeton artists have helped them to find new success. You can check out three of these collaborations on Lirica: Me niego (with Ozuna), Ya me enteré (with Nicky Jam) and Si me dices que sí (with Farruko and Camilo).
LESSON
Hermoso cariño
By the end of our lesson for Hermoso cariño you will have a greater understanding of what characterizes ranchera music and be able to use a range of positive adjectives and their negative counterparts to describe things and people.